This article was first published on Forbes on Apr 3, 2018, and is authored by Intelligence Node CEO Sanjeev Sularia in his capacity as a member of the Forbes Tech Council.

The AI talent gap is one of the biggest challenges faced by businesses today and retail is starting to feel the pinch. Traditional players like Home Depot, Walmart, and Nordstrom have been busy shopping for top tech talent and going by a spree of acquisitions in 2018, these mega-retailers appear to be looking at expertise in AI applications beyond customer engagement.

Acqui-hires are not a new concept in Silicon Valley. What’s interesting is how the average retail business is now starting to think like a Bay Area company when it comes to growth strategies. They are arguably the quickest route to gaining new domain expertise in, for example in the case of Walmart, a skill-set in AI & data analytics good enough to take on Amazon in the near future. This is particularly noteworthy because not many in retail have coveted data as a competitive arsenal on a scale like this before.

An interesting report by Indeed.com confirmed that Walmart has been hiring more tech talent than Google & Facebook. Something significant is happening in retail. This dramatic shift in skill demand is an indicator of another underlying change- one in the attitude towards retailing. No longer can the traditional winners sit back and blame market slowdown for poor performance and store shut-downs. They will need to reinvent, starting by attracting break-through tech talent under their wings.

Let’s analyze their moves one at a time:

Why are retailers beginning to hire more tech talent than Google & Facebook?

Business assets are increasingly leaning towards tech proprietorship. An engineering scene has exploded in retail, brought on by the eCommerce wave. Retail is now one of the major industries competing for tech talent to transform data assets into business weapons. In the race to catch up with Amazon, retailers are doubling up on recruiting and acqui-hiring for promising talent not just from Silicon Valley but from far and wide across Europe and India.

‘Software Developer’ moved from the eighth position in 2013 to an impressive third in 2017 in the list of most popular job titles in retail, making it the fastest growing job as well. Retailers like Krogers and Home Depot are opening up very specialized positions like Data Scientists and Director of Client Analytics to spruce up their big data crunching capabilities. There’s no surprise then that the weight of these ambitions will be borne by a fresh batch of tech talent envied by the likes of Google & Facebook.

With the right set of acqui-hires, retail chains stand to achieve the twin goals of a future-proof retail business:

Retail is not just about selling stuff anymore.

By acquiring the best talent in data technology, businesses stand to gain more than just a boost in online sales (though that alone is a huge incentive). According to Forrester Research, a retail chain like Walmart brings in about 300 million shoppers to the stores each month (both online & in stores). That’s more actual buyers than what a Google, Facebook or Amazon can get. That size of an audience and the purchase data such stores generate are a magnet for big advertising revenues. Apart from Amazon, retailers historically haven’t done enough to convert that data into dollars, particularly online.

Could this be an incentive to get into the data race?

The idea is very appealing. With an alternative revenue stream, a traditional retailer stands a chance at making up for dwindling sales and relevance- a result of losing the younger demographic to Amazon, smaller online players, and discount stores. But for this to become a reality fast enough, a company’s data infrastructure would need a dramatic update. Who better to do this for them than unknown AI pioneers looking for a buyout?

Is it time to start managing your retail business like a tech company?

This is the shift in mindset that could save old school retailers from becoming irrelevant.

Exploring data for growth opportunities and direct revenue generation is becoming critical to keep a retail business afloat. Since data capabilities have always been a ‘good-to-have’, it doesn’t come naturally for retailers to realign to a data-first approach.

But the only limitation to becoming a data-first retailer today is just a matter of company culture since technology has made it possible for smaller companies to better tap data without having large in-house data teams. Arguably, not all retailers have deep pockets like Walmart or Amazon to build a data empire from scratch. But with strategic partnerships with young startups, they too can fortify and future-proof their retail model and reap quick returns.

What’s the next move?

Old-school retailers are ramping up data-intensive efforts on every possible front that Amazon has touched. From video streaming to voice commerce, some of them are leaving no holds barred. Meanwhile, Amazon has been busy going against the grain and foraying into the offline world, possibly to strengthen product discovery and shopper experience. This is something  department stores and value chains can underline a significant lead in, playing by their strengths and history in offline retail.

Going ahead, the best direction for a retailer looking to reinvent would be not just following the trail left behind by Amazon but also building and integrating that level of data supremacy with its offline strengths. Perhaps this applies to every business no matter what size or industry. If they don’t start coming up with ways to make data an enabler and enhancer for their unique strengths, they’ll be playing catch-up for a very long time.

With our AI-powered solutions, we can help you optimize and automate retail decision-making with minimum upkeep and maximum flexibility.

Geeky has never been so glamorous. To help shoppers find fashions that fit their bodies, budgets and styles, more retailers are turning to artificial intelligence (AI). As one of today’s… 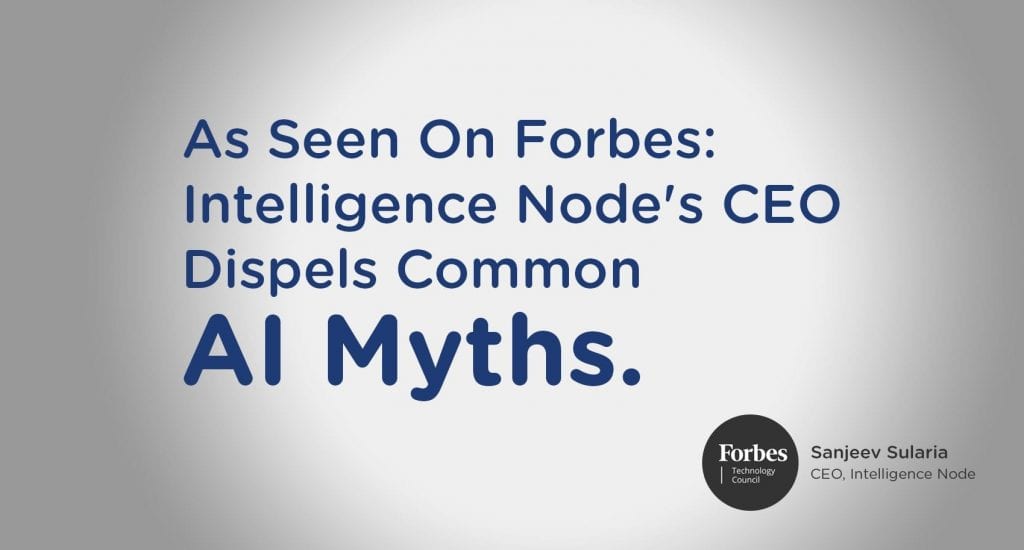 Four Things Retailers Need To Unlearn About AI For Business

Artificial intelligence, like any new technology with the potential to change the world, has inspired a doomsday narrative that seems more plausible each day. With significant strides this decade, AI…