Shopify is an all-in-one, specialized global e-commerce platform that has been powering businesses of all sizes to start, grow, and market their online stores. Shopify has seen tremendous growth in the past few years and in 2018 saw growth 3 times more than that of its competitors. With e-commerce adoption growing rigorously and more retailers moving to e-commerce platforms amidst the pandemic, Shopify Inc.’s revenue nearly doubled in the latest quarter.

As Shopify is moving into the big leagues and gearing for its race against Amazon, here are 20 interesting facts about Shopify that will surprise you:

The Growing Popularity of Shopify

These statistics show the incredible growth trajectory of Shopify and the bright future it is heading towards. With the rapid shift to e-commerce and multiplying e-commerce adoption in the months following the pandemic, e-commerce platforms are only going to see an upward trend. Platforms like Shopify have been and will continue to facilitate the set up and growth of online stores and help brands and retailers pivot their businesses to cater to the new and the growing online customer base. And to help Shopify retailers grow further and compete with retail giants like Amazon and Walmart, Intelligence Node has launched a dynamic pricing app ‘PriceIntelligence AI’ for Shopify, powered by its proprietary, AI-driven pricing insights battle-tested by global Fortune 500 retailers.

Ask any consumer what rationale guides their decision-making when it comes to retail purchases, and pricing will almost certainly emerge as one of the most prominent considerations. Because of this,… 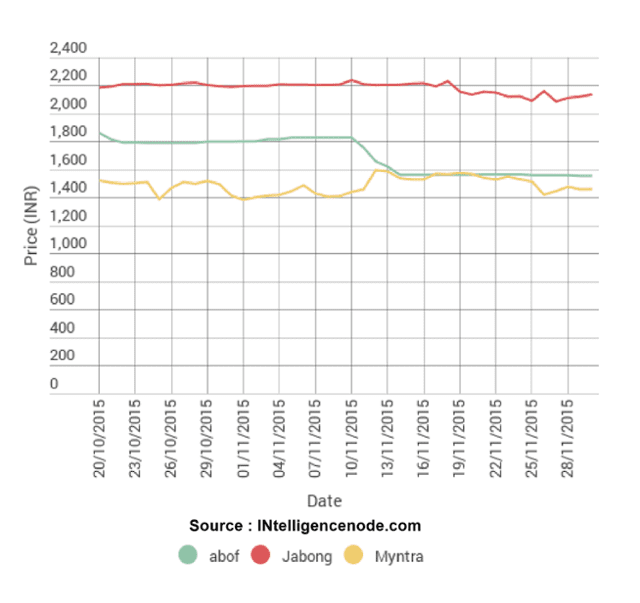 Indian conglomerate Aditya Birla Group launched ABOF on 16th of October’15 and entered a space that is dominated by category specialists Jabong and Myntra. When you consider the fact that…

How Can Next Generation Digital Shelf Technology Help You Grow?

The Fight for Customer’s Attention has Intensified   The COVID-19 pandemic has changed the face of retail forever. eCommerce quickly took the center stage as more brands and retailers were coaxed…